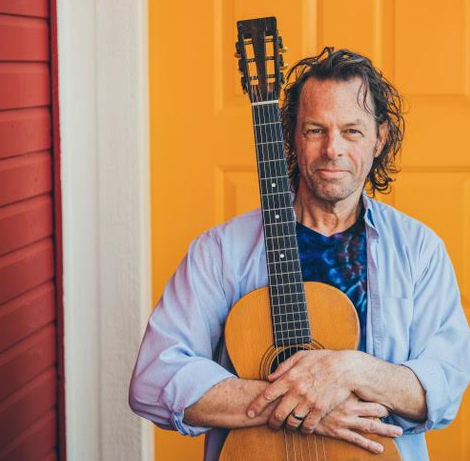 Sean was born in Nashville and raised mostly in Fayetteville, Arkansas, where he grew up in the literary home of his father, the late novelist/screenwriter William Harrison, probably best known for the movie Rollerball. His father taught creative writing at the University of Arkansas, which put Sean in frequent company of numerous talented writing students and visiting authors. It also connected him closely with a lively college campus during the turbulence and cultural renaissance of the late 1960s. Sean lived some years in Europe, then Texas, with a lot of traveling and finally back home to Fayetteville. “I have busked in London, Paris, Florence and Venice, southern Spain and other parts of Europe, New York City, Dallas/Ft. Worth,” Sean said. “It’s only looking back that I can appreciate where I’ve been. I don’t regret anything – even my biggest mistakes.”

Lately, Sean is best known in the songwriter community for his humorous, quirky and self-mocking country tunes about the average guy’s stumbles and struggles through American life. He also writes the occasional sad song about suckers and losers. With a style that crisscrosses boundaries of country, blues and rock, Sean’s literary lineage explores new territory in the southern storytelling tradition.

He has performed solo and in a variety of bands doing shows across Arkansas, Texas and Oklahoma, and he has collaborated in recording projects including writing, co-writing and producing the popular self-titled debut EP for country singer Milton Patton. That album reached Top 200 on the iTunes Country Album Chart in 2016, and as high as #5 on various indie country charts. One song was featured in the movie ADDicted.