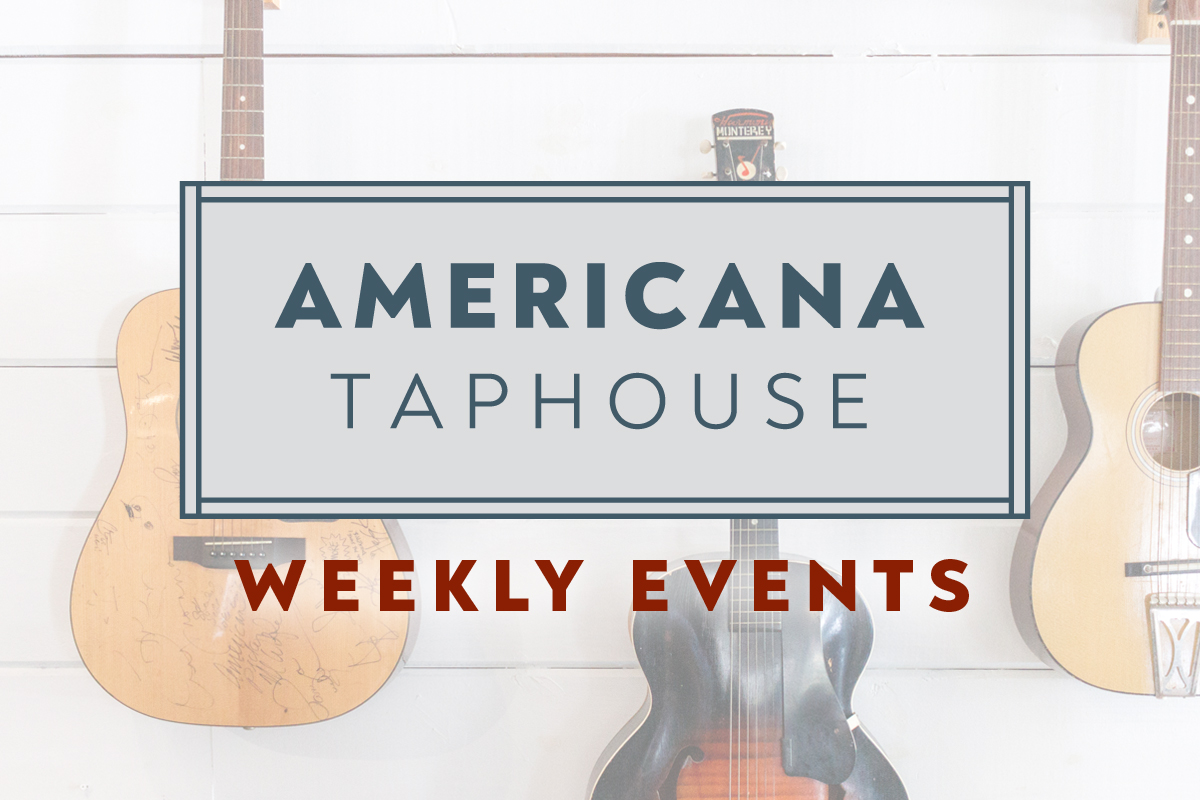 We’ve got great events happening throughout the week at Americana Taphouse. Reservations are always welcome, and encouraged! Call us at (615) 790-2309 or book online through Opentable. Make plans to join us!

Be sure to check out our event calendar for any special announcements and event/show updates!

Join us for weekly family-friendly general trivia hosted by Nerdy Talk Trivia! Bring your friends and be prepared to battle it out for prizes and bragging rights! It’s free to play with $15 per person food/drink minimum purchase. Don’t forget to BYOP (bring your own pen)!

Like many Country singer-songwriters, Matt Marinchick’s journey started with a guitar. “My Dad was about to get rid of his old guitars and I asked him not to. I wanted to try my hand at playing,” Marinchick says. Fast forward 17 years and here he is, in Nashville with a full time career as a performing music artist. Marinchick learned early on that hard work and dedication pave the road to success in life. At 6’10”, he earned a 4 year, full basketball scholarship to Ohio State University and then moved on to play 6 successful seasons professionally in Europe including time in the Bundesliga, the highest level league of professional club basketball in Germany. Feeling the desire to keep following his dreams, Marinchick moved to Nashville in the summer of 2011 to pursue a Country music career.

Aaron Bucks has established a reputation as a vocalist and a writer, with songs he’s written charting on Billboard, played on Terrestrial and Satellite Radio stations like No Shoes Radio, with performances around Nashville at venues like the legendary Bluebird Café, Listening Room Cafe, Pucketts, Kimbros Pickn’ Parlor and various studios as a session vocalist.

His style has been described as Country Soul, it is representative of Bucks himself: laid back, positive, and full of life. Away from music, Bucks can be found spending time with his wife and two children. He is an advocate for the Down Syndrome Association of Middle Tennessee (DSAMT) in memory of his youngest son Tobias.

At 13, Brianna picked up a guitar and taught herself to play, and began writing songs. She’s made her way from Fort Lauderdale, Florida, to Nashville, Tennessee. Brianna started playing Honky Tonks almost as soon as she arrived, and at 14, was one of the youngest artists to ever play the clubs on Lower Broadway. At 15 years old, Brianna continued to impress music fans with solo sets and the introduction of her original music. At 16, Brianna charted #2 on the Billboard Hot Single Sales Charts with a song she had written. As she was playing original songs at a venue in Nashville, Brianna caught the eye of Rock ‘n’ Roll Hall of Famer, Jonathan Cain (Of the band Journey.) She has gotten to tour, write, and record alongside him, and is currently in the studio working on her next album. Connect with Brianna at briannaalomar.com, Instagram, Facebook & Twitter to see why more than 50,000 fans are anxiously awaiting her new release!